The initiative hopes to safeguard the long-term genetic and demographic diversity of cheetah population by spreading them throuhout South Africa’s smaller fenced reserves. These effort are necessary to conserve these beautiful big cats as cheetahs have disappeared from 91% of their historical range in South Africa. SUV is proud to make a tangible difference by aligning with the program and forming part of the 48 small fenced reserves in South Africa, which holds about 318 cheetahs total.

Although the process of translocating cheetahs can be life-threatening, fortunately, the cheetahs were in good health and in good hands. After being darted and collared by the team drove them safely up to the reserve and released them onto Mapesu’s land.

For now they will be kept in a boma camp for the next few weeks until we are sure they are adapting well to their new surroundings, and only then will they be released onto the bigger reserve where we will monitor them by the satellite and VFH collars.

We want to thank all our sponsors for making all of this possible, as without you we would have never been able to bring the cheetahs to Mapesu and make a palpable difference in ensuring the survival of these amazing but endangered animals.

Keep up to date on our activities by visit our Facebook page and give us a thumbs up and share or send us a note. We’d be happy to hear from you. 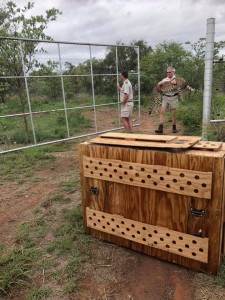 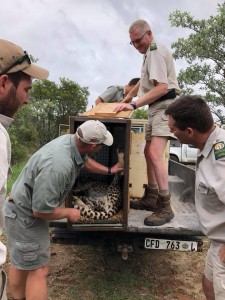 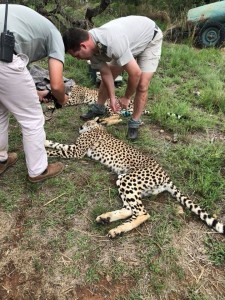 This site uses cookies. By continuing to browse the site you are agreeing to our use of cookies.OkRead more